One of the joys of serving as a cruise-ship speaker is talking to the members of the audience after a lecture. Invariably there is a small gaggle of passengers wanting to ask questions, usually while one is trying to unrig laptop and generally vacate the venue (the vegetable-carving demonstration commences in ten minutes).

I am fortunate in that my “chosen subject” is Maritime History, mostly relating to the 20th Century, and as a rule the audience includes a fair selection of ex-seafarers or others whose vocation was connected with shipping in one way or another. Several of my talks relate to my own personal experiences at sea. I am a Master Mariner, and have served in traditional liners, passenger and cargo, also in the British Antarctic Survey. This tends to generate many “It’s a small world” events. 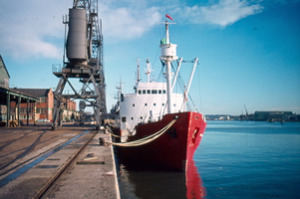 One of my talks is called “Antarctic Antics”, relating to my time as Navigating Officer in the small research vessel  RRS “John Biscoe” in the early 1970s. I was in that ship for three years. The “John Biscoe” was a very strongly constructed ship, being ice-strengthened with an all-riveted hull. After delivering this talk aboard the cruise ship “Discovery” some years ago a gentleman came up and introduced himself as a retired marine surveyor. He was interested in my remarks about the stout construction of the “John Biscoe”, as he had surveyed the ship for her new owners, a few years after I had left her, and he was amazed at the inbuilt strength of the ship, and also the fact that after over thirty years’ service in the Antarctic her structure was still in pristine condition.

Still in “Discovery”, another talk refers to the demise of the traditional passenger vessel and the rise of the popularity of cruising. I mentioned that one of the causative factors of this spectacular increase in popularity was the screening, on both sides of the Atlantic, of the popular soap opera “Love Boat” on the TV. I have been told that every episode of this (appalling) programme generated $11 million of cruise ticket sales. I had hardly spoken those words when a little old lady in the front row forestalled my next remarks by calling out “That was this ship, you know”. The “Discovery” was built as “Island Venture” and was soon renamed “Island Princess” within the Princess Cruises fleet. The “Love Boat” films were shot aboard both “Island Princess” and her sister-ship “Pacific Princess”. However, what I didn’t expect were her next words…  “I was there. I was on board when they were making those films”. We had a very pleasant chat afterwards about cruising in those days and the antics of the film crews and actors.

During the course of my talks, many ship pictures appear on-screen. One of my talks is entitled “Liners at War”, about the role of passenger ships (of all types) during times of conflict. After one such talk aboard “Ventura” one elderly gentleman came up to tell me that he had sailed aboard almost every ship I had talked about, and that my talk had been a real trip down memory lane for him.

After delivering the same talk, aboard “Balmoral”, a lady passenger asked me about the loss to U-boat of the Ellerman passenger liner “City of Cairo” in November 1942. I was able to give her some information about that vessel’s sinking. It happened that her brother-in-law was one of the survivors of that tragedy, and subsequent to the cruise she sent me an account by her (late) brother-in-law of his experiences. The ship had been torpedoed on the 6th November whilst on passage from Cape Town towards South America. Survivors were eventually rescued by a merchant ship and landed at St Helena on the 19th. A very harrowing and sobering account of two weeks in an overcrowded open boat.

After one talk in “Black Prince” a lady asked me for which line and in which passenger ships I had sailed. I replied that I had served my time in Ellerman Lines, and while most of their ships were cargo liners, they had a group of four passenger vessels on the South African run. I sailed in two of these ships in 1967-69 (the “City of Exeter” and the “City of Durban”). The lady told me that she worked as a passenger bookings clerk in the head office in Camomile Street, London, at the time, so she would have taken the bookings of the passengers I sailed with. Small world. 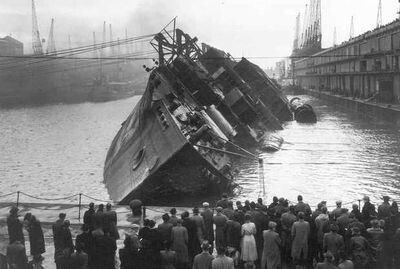 One maritime incident which has fascinated me was the salvage of the Canadian Pacific liner “Empress of Canada”. This liner caught fire whilst under refit in Gladstone dock in Liverpool in 1953 and subsequently capsized and sank in the dock. The operation to right and refloat the vessel was nothing short of heroic, and was the biggest salvage operation ever undertaken in UK waters. I have researched this episode, and include it in a talk entitled “Story of a Duchess” (the original name of the “Empress of Canada” was “Duchess of Richmond”). I have delivered this talk a number of times in different ships, and every single time I have encountered somebody who had a story to tell about that operation. Many Liverpudlians remember the capsized hulk and the salvage operation, but I have also met people who played some part or other in the salvage. Again, it’s a small world.

Another talk in my repertoire is called “Convoys and Corvettes”, covering the Atlantic campaign during World War 2, with the emphasis on the experiences of merchant seamen. I am aware that, of course, my talk is not from personal experience, as I was not born until after that war was over. After delivering the talk recently, I was approached by an elderly gentleman who introduced himself as Sandy Wylie, and he sailed as Captain of convoy escort ships (corvettes and frigates) during that war. Instantly my heart sank. This looked like a classic case of the fact that anybody can pass themselves off as an expert on any subject, until one runs up against a real expert. However, I needn’t have worried. He was quite clear (to my relief) that everything I had said was perfectly correct, and he congratulated me on my effort. The following day my wife and I had the pleasure of his company in the bar and had a couple of fascinating hours listening to his story. Later that day I gave my next talk, on a related subject, and was able to introduce Captain Wylie to the audience, to which he received a standing ovation. Quite heartening. 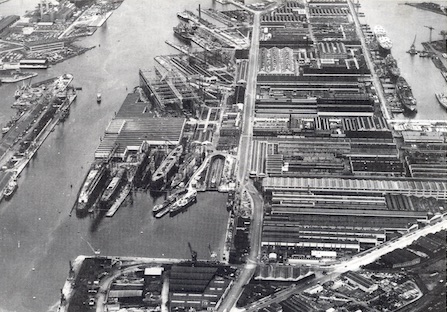 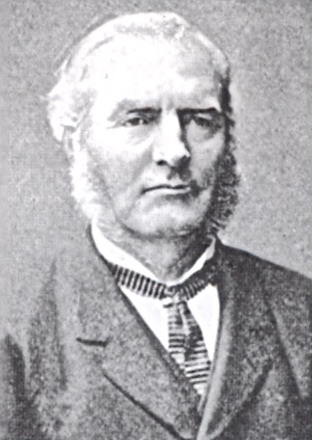 Edward Harland, one of the founders of Harland and Wolff shipbuilders

I was appointed to lecture on board the “Balmoral” during her “Titanic” memorial mini-cruise in 2012. I was to deliver two talks about the “Titanic”. It was a bit difficult to think of subject material that hadn’t been “done to death” in the media over the previous couple of months; TV documentaries on the subject were wall-to-wall. My first talk was a history of the White Star Line from its inception up to the sailing of the “Titanic” on her fateful voyage. Much of the White Star story is intertwined with that Of Belfast shipbuilder Harland & Wolff, who built all of White Star’s ships. I showed some pictures of the yard, and one of its founders, Edward Harland. The talk was attended by a capacity audience. I have never seen a venue so crowded, and they were all “Titanic” enthusiasts (“Titaniacs”). After the lecture I had a small group of people asking questions, as expected. One lady introduced herself, saying she was over from Canada, and that her name is Harland, and it was her Great-great Grandfather on the screen a few minutes ago!

Also waiting to chat to me after that same lecture was Captain Ron Warwick. Retired Commodore of the Cunard. The perfect gentleman, and I was honoured to talk to him.