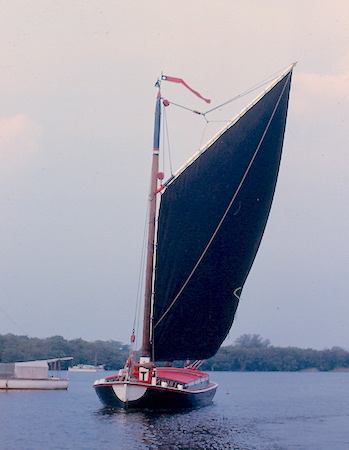 “Albion” – One of the last surviving trading wherries on the Broads

As mentioned previously, David was introduced to the business of sailing a Norfolk Wherry during holidays on the Broads in the early 1960s. Joining the Norfolk Wherry Trust, David became an active member of this preservation society.

During the summer, David sailed as Skipper of “Albion” while, during the winter, he organised her refit and maintenance (a generally thankless task).

He was also editor of the Trust’s bi-annual magazine – “The Quant”. David’s wife, Mary, usually accompanied him in these activities, and in addition served as the Trust’s Social Secretary.
David is a life member of the Norfolk Wherry Trust. 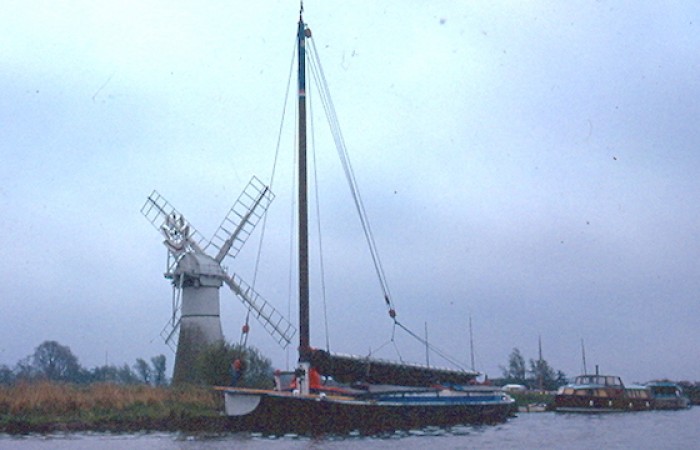 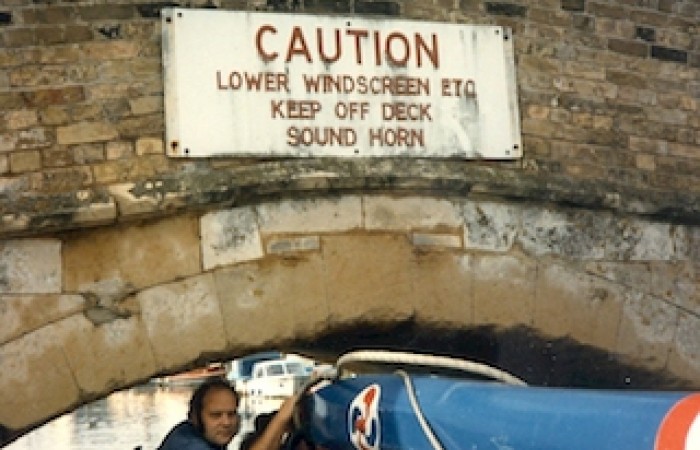 This is me sailing the newly restored wherry  “Maud”, owned by Vincent Pargeter 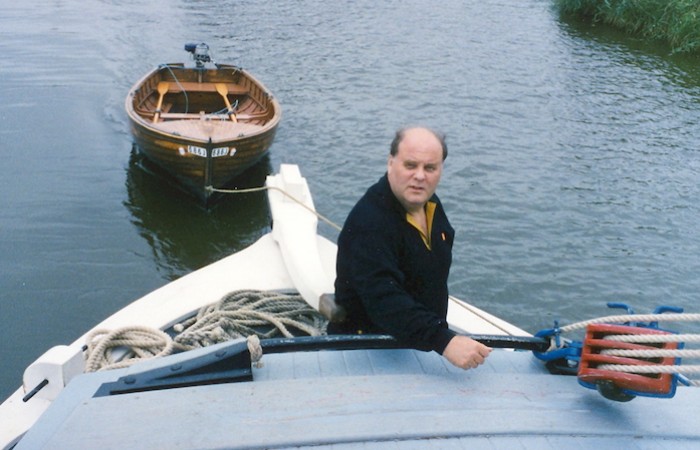 "Albion" at her newly constructed permanent base at Ludham on the river Thurne. 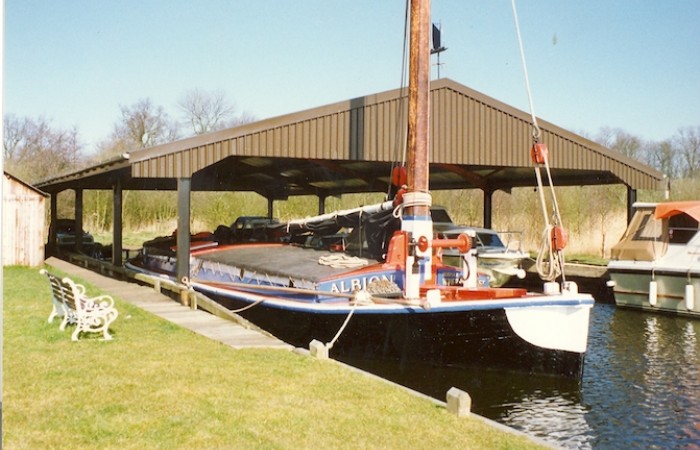 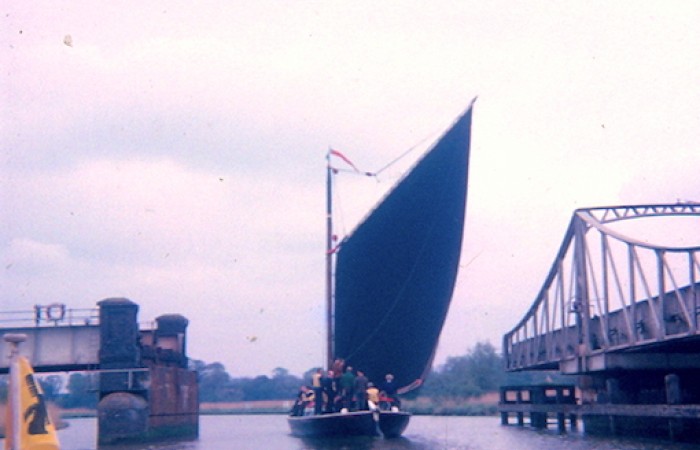