David has always had the urge to make models; starting with an Airfix “Cutty Sark” at age 8 (two shilling kit, sixpence for the tube of glue) he has made many models over the years.

The era of ever larger plastic kits plagued his mother during schooldays. In more recent times he has graduated on to wooden-hulled period models of sailing ships built to exhibition standard. One or two have been built as customer commissions. 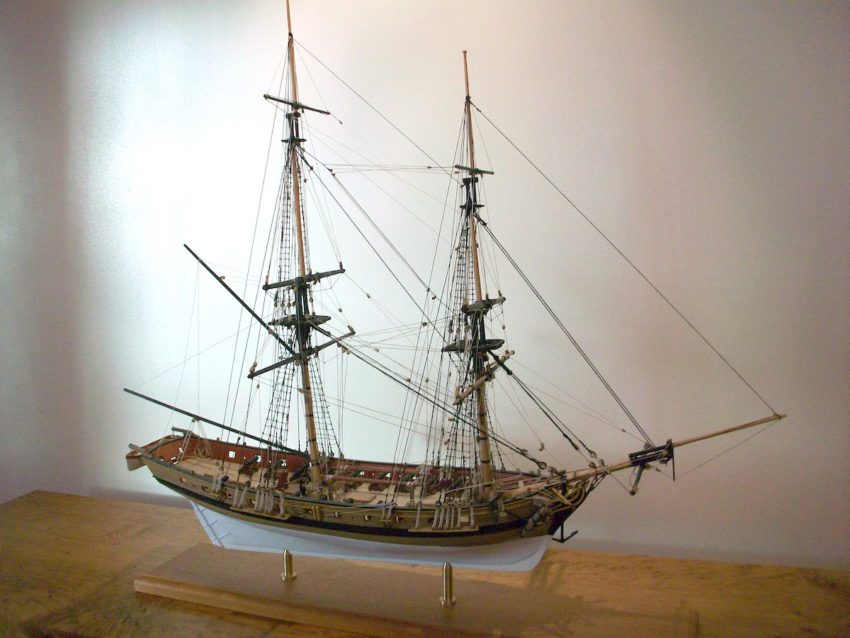 A model of an 18th century privateer brig, “Mars”

In 2005/07, David built a 1/64 scale model of the 18th century naval brig HMS “Mars”. Built from a kit, this proved to be something of a challenge to his modelling skills. Prior to that, David made his first foray into radio-control, building a 1/48 scale model of a salvage tug, World War 2 vintage. This was built from a kit. Since it was blowing a full storm force 10 on the day the kit was acquired, the finished vessel is called “Storm”. Propelled by electric motor, “Storm” has run sea-trials in next-door’s goldfish pond. 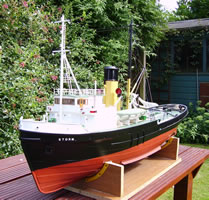 completed in 2005, this is a radio-controlled model of an ocean-going salvage tug

In 2016, construction was resumed on a model of HMS “Victory”’s launch. This project was started about 15 years ago but put aside for various reasons. An open boat with lots of internal detail,this craft was a joy to construct and was completed in May 2016. 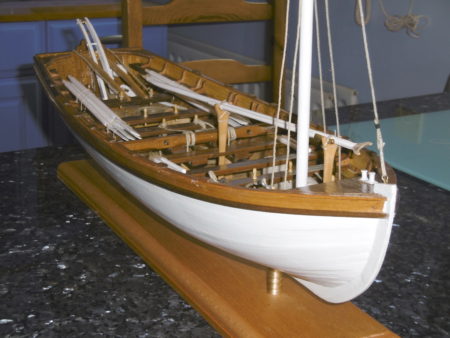 David also has an interest in Model Engineering. He has a well equipped workshop with Myford Super 7 lathe, bench grinder, drill press, and the most recent acquisition, a milling machine. He has built a number of steam engines from castings, and has one or two projects in the pipeline.