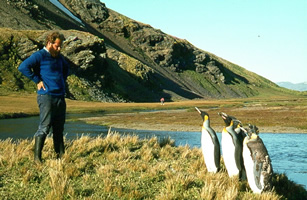 In 1955 David became aware of the Commonwealth Trans-Antarctic Expedition, from the media coverage. This sparked an interest in Antarctic exploration, and at the age of six, David felt that one day he would visit Antarctica.

In 1972, with his career at sea well established, and holding a First Mates’ certificate, he answered an advert for a Second Mate in the British Antarctic Survey.

David served three years in this vessel, making three seven-month voyages to Antarctica. The ship carried out relief and re-supply for the BAS bases on the Antarctic peninsula, the South Orkney Is. and South Georgia.

She also supported a variety of scientific projects. David was responsible for the navigation of the vessel, and also spent a lot of the time in small boats, landing scientists on multifarious beaches, and carrying supplies and stores to the bases from the ship at anchor.

With many adventures, this was the most interesting phase of David’s career, and he was sad to leave “Biscoe” to study for his Masters’ certificate in 1975. 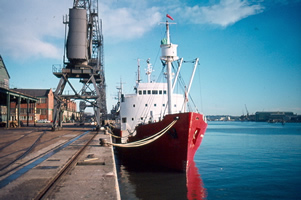